Vissel Kobe have unveiled their Asics home and away kits for their 2016 J1 League an domestic cup runs. 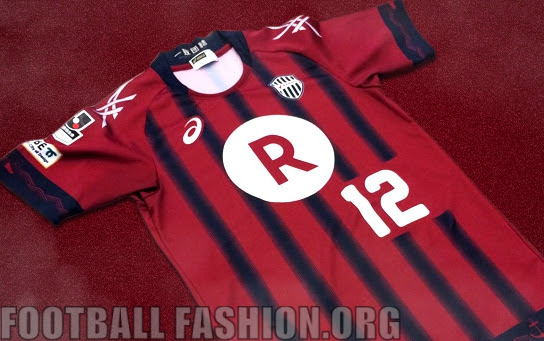 The Vissel Kobe 2016 home jersey uses their customary red base. Next season’s shirt has a series of stripes inspired by those of the club’s crest on its front. Prominent black sleeve cuffs and a black waistline with red detailing accent the kit.

Vissel’s 2016 Asics away kit is predominantly white with touches of red on its collar and shoulder areas.
Both jerseys include player numbering on their fronts. The numbers are located to the lower left of the shirt sponsor logo. 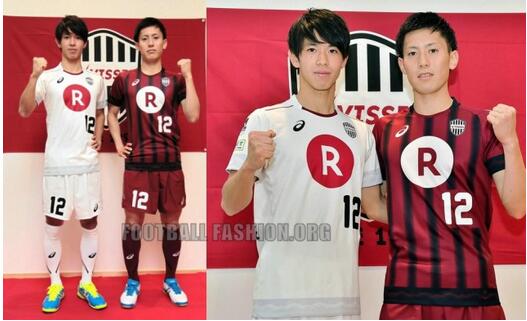