You can see that Japanese J2 League club Zweigen Kanazawa have switched match outfitters from Under Armour to adidas. The club unveiled their 2016 home kit as part of the change in technical sponsorship announcement.
The Zweigen Kanazawa 2016 primary uniform features their traditional red shirt, black shorts and black socks. The strip is accented in the yellow of the Zweigen crest.
The new Zweigen Kanazawa shirt uses a 2015/16 rounded neck adidas design that has been in circulation since the start of the year. 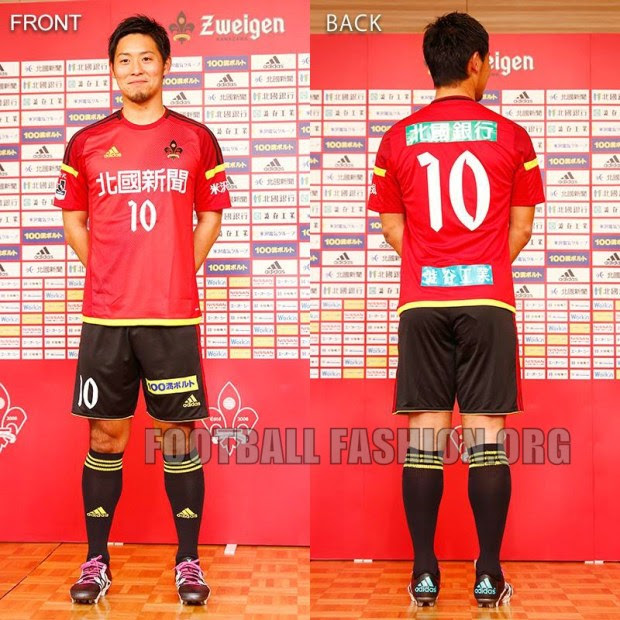