After the launch of the new home jersey, Nike and the Corinthians of Brazil jointly launched the new away Corinthian Soccer jersey for the 2019/20 season. The new jersey is aimed at the Corinthian loyal fans organization "Gaviões da Fiel" 50th Anniversary. 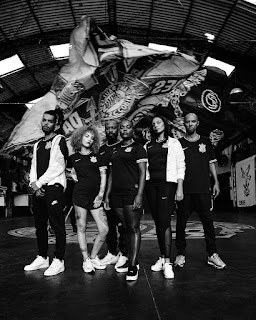 Corinthian's 2019/20 season away jersey is inspired by the black cheering clothes of the team's diehard fan organization "Gaviões da Fiel" (loyal eagle), combined with minimalist design style. The new jersey is based on black, with black and white stripes representing the "loyal eagle" on the cuffs and collar of the jersey. The collar of the Corinthians with two white rings was added to the collar, showing the inextricable connection between the team and the "Loyal Eagle". 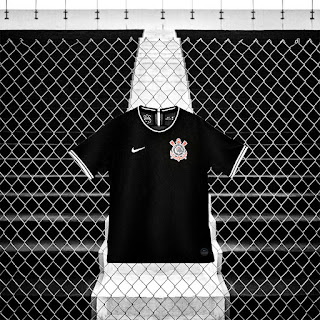 The new jersey with white ball pants and black socks, together with the Corinthian Cheap Soccer jerseys constitute a sharp away image. Two white ring patterns representing the "loyal eagle" were also added to the away socks, to pay tribute to the fan organization that has been fighting with the team.