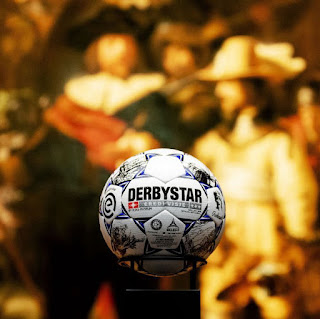 The 2019/20 season of the Dutch League is based on the Derbystar Brillant APS game ball. The traditional 32-piece spherical stitching and hand-stitching process make this game ball more classic. The flight path of football is more stable. In addition to the logo of the Dutch League, the sphere also includes Rembrandt's classic paintings, and also includes a self-portrait of the famous Dutch painter.

Taco Dibbits, curator of the Rijksmuseum, said the official match ball of the Dutch League next season is a perfect fusion of football and art. Players are also artists. Whether on the football field or in front of the canvas, you can only achieve success with great creativity. "