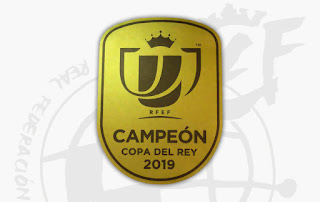 Valencia, the Spanish Kings Cup champion team for the 2018/19 season, will be wearing a Valencia Soccer jersey with this badge in the Spanish Kings Cup 1/16 final against Logronis this week. This is the first time the King's Cup has launched a special edition badge for the championship team to showcase its uniqueness as a championship team. This badge has a golden shield design, with the King's Cup logo added to the badge, and the words "Campeón Copa Del Rey 2019" (2019 King's Cup Championship). 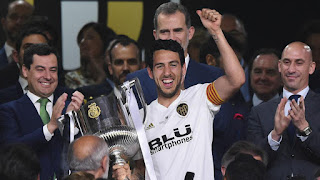